A few weeks ago I was shown some “lock flows”. They were simple sequences of joint locks; in most cases each lock worked in the direction of the resistance to the previous one, a pretty common way to string them together. But in this instance the person showing them to me was slamming through the locks at high speed, with a fair bit of power and no attention to what their partner was doing. I realized they probably did not understand the drill very well, as that way it did nothing to train sensitivity to the opponent’s body- feeling for resistance, for when to apply and release pressure, for when the joint was open or closed, and for the rest of the body’s support (or lack thereof) of the joint. Done that way it was just a series of unconnected locks.

This is not unusual. Drills are just that, drills. They are not combat. But many people feel that their drills should be as “realistic” as possible. What that winds up meaning in practice is that they are done fast and hard, and are sometimes painful. While that may be something like combat it is not always good training. It is also really poor pedagogy, the old “when all you have is hammer” problem.

Training is a teaching and learning experience. You have a goal, a skill you want to develop, and you develop a curriculum to teach that skill set. Exercises inside that curriculum are designed to teach specific sub sets of the skills desired. To learn the skills properly, and as efficiently as possible, the drills need to be performed with a clear understanding of what they are teaching, how doing them inculcates that knowledge, and how you are measuring that.

So back to the lock flow. If the goal is just to memorize locks (a highly questionable goal to begin with) there are better ways to do that. If the goal is to learn how to move between joint attacks based on the resistance that your opponent is giving you, with an understanding of how your structure, his or her structure, and your relative strengths and positions will affect the outcome, you need to practice with that clearly in mind. You need to give your partner a chance to apply resistance, you to feel that resistance and react, you both to adjust your reactions based on the other person’s actions, and you need be able to do it relatively safely. If you slam through them with no attention to your partner there is no conversation, no flow. Your partner is also likely to go with your attacks easily to minimize their chance of getting injured, which further prevents you from feeling the resistance and exchange you are supposedly training.

This does not mean this drill needs to be performed weakly or at a snail’s pace, just that you both need to understand what you are trying to do and why, and communicate about it- what is the process, how are we measuring success, how much power and speed will we use, and how is that going to affect the goals for the drill. If you can’t do that and adjust accordingly, you may not actually know what you are trying to do, or how to do it, which means you won’t learn what the drill is supposed to teach. Even worse, you may associate skill with the way you are doing the drill- “It is hard, fast, and it makes my partner tap quickly”- with ability in the skill being taught “so therefore I can do joint locks on a resistant opponent”, which is probably not the case. Instead of learning a skill you will have learned a drill, and in the process possibly created a false sense of ability, a terrible thing indeed. 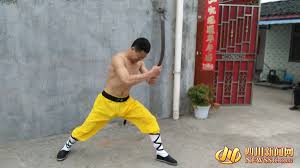 Is his head the hammer or the nail?

This process is the same for every drill you do. None alone can replicate combat. If they did you would have broken and dead training partners. Every single drill you do, every training exercise including full contact fighting, is a shared fiction. It is a story that allows you to replicate a piece of what happens in combat so you can learn how to deal with it. The rules around them are set up to allow you to learn. If you understand them and their purpose you can understand how they focus the drill on the skill being developed instead of it being just physical exercise with a martial flavor. You can also understand what the drill does not do; in that way you don’t think you are training something you are not.

For example, in one of our paired drills both people are free to attack or defend in any way, to any part of the body, including eyes and groin. The only rule is both people have to keep it slow and controlled. It is designed to give you time to feel how both peoples’ movement affects power and position, how your position affects options, and how to take advantage of those options. It has to be done slowly to do this. Speed it up too much and you don’t have time to recognize new options you can later put into other higher speed drills. Speed it up and you have to stay away from the eyes, throat, groin, etc. as a quick mistake can have serious consequences. Speeding it up too much means you can’t start to feel those new options on a physical level. But people have a constant tendency to speed up- it feels more “real”. They especially do this on defense, breaking down the story in a one-sided way, creating a totally false sense of success. So we have to remind ourselves of the reasons for the rules, and keep going back to those reasons in practice.

Like most drills it is only one part of a larger training protocol, one designed to work as a whole to develop skills. Taken on its own it has a variety of flaws. I have never seen a drill that does not have “flaws” if looked at from the perspective of something it is not designed to teach. For instance this drill does not teach hand speed or dealing with an adrenal rush very well, and those things are important. But it is not supposed to, we have other drills for that.

There are many ways to train. If you want to be totally realistic come into the dojo and fight until only one person can walk out. To the hospital, probably. More realistically, hide behind the door to the dojo and hit everyone that comes in with a bat. Even then they are coming to a place where they know physical violence is the subject, so better to surprise attack them somewhere else. I don’t think that is a very good pedagogical method though.

Instead, understand your drills, what they are teaching, and how the way they are performed affects what you learn from them. The things I see that make the biggest difference, and are most often done poorly, are range- a little too far away and any successful defense is an illusion, speed- fast feels good but speed can hide a host of mistakes and eliminate a whole set of learning possibilities, and contact- sometimes hitting hard is essential, sometimes it does not help. 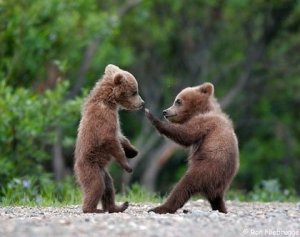 Your drills are your stories. Understand those stories. They have a narrative; if the narrative is broken you may come up with a better story. However, you are more likely to wind up with the three bears eating Goldilocks and then going to sleep congratulating themselves on defending their home from a serious threat and believing they don’t have to be afraid of humans because they have learned how to deal with them. A real fable.